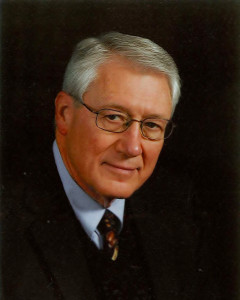 Clifford M. Ables, III, was born February 19, 1943, in Seneca, South Carolina, but grew up in Sanford, Seminole County, Florida. He is married and has two adult sons. He received his B.A. degree in 1966 from Stetson University, and his Juris Doctorate degree from Walter F. George School of Law, Mercer University, in 1974. After graduating from law school, Mr. Ables was an Assistant Public Defender responsible for Highlands County for approximately 18 months. In 1975, Jonathan H. “Jack” Hancock and he formed Hancock and Ables, P.A. In 1981 he became a sole practitioner. In 2014, Brandon S. Craig and he formed Ables & Craig, P.A.

Mr. Ables is actively involved within the community and is a member of the Wauchula Kiwanis Club, the American Diabetes Association, the Florida Diabetes Association, and is a member, Sunday School teacher and Deacon at Whispering Pines Baptist Church, Sebring, Florida. In the past, Mr. Ables has been a member of the Sebring Kiwanis Club, Sebring Utilities Commission, and the Florida Governor’s Diabetes Advisory Council.